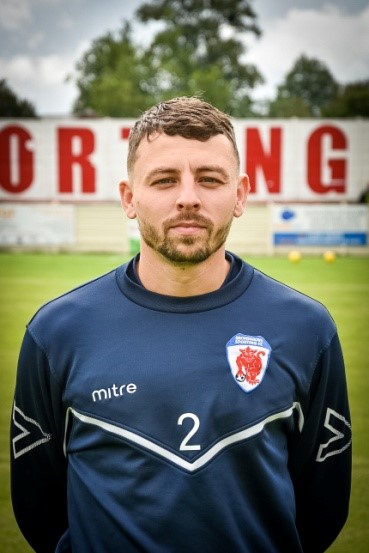 After two mortifying defeats for Bromsgrove Sporting, their season suddenly got into gear not just with a win but an inspiring victory against Suffolk outfit, Needham Market.

Liam Spink scored the all-important goal but it was the defence that shone keeping a lively attack at bay and remaining well-organised throughout the 90 minutes.

Joe Cole started in the back four since his return to Sporting after an eight-year absence whilst Leon Broadhurst moved into central mid-field replacing the suspended Kieran Dunbar. Jourdain Masidi partnered Miro Pais up front.

With neither team having made a good start to the season, the first 15 minutes was played in the middle of the park as nobody appeared to want to take any risks and any player stepping remotely out of line was give a stern lecture by referee Mr Robertson-Tant in a bid to stop any illegal play before it got going.

It was 17 minutes before the first shot and that was safely gathered by Ákos Onódi between the sticks for Sporting from Needham's Ben Fowkes.

However, the whole tempo of the game changed on the 30th minute when Jourdain Masidi managed to get behind the home back four and floated in a delightful cross to the far post that Spink looped over the head of 'keeper Marcus Garnham dropping into the bottom left-hand corner of his net.

The Marketmen now had to get moving and shortly after the goal, Onódi made a great save picking the ball up from Callum Page's toes. Luke Ingram blasted just wide moments later whilst Kyle Hammond had the goal at his mercy but scuffed his shot just before half-time.

Needham continued to press forward after the interval forcing Onódi to make a great tip over from Hammond followed by a save with his legs from substitute Will Hunt. However, several other attacks petered out as Needham were guilty of poor finishing.

Sporting lived by their nerves in the final minutes with slenderest of leads and had few more chances apart from a great effort from Will Shorrock that fizzed past the right hand post.

So the match was decided by a single goal and at least the long trip to East Anglia was worthwhile.