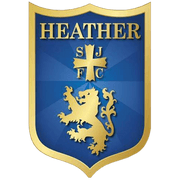 Bromsgrove Sporting put in a dominant performance to put visitors Heather St Johns to bed on Tuesday. Several chances went begging in the first half for Sporting before Jason Cowley converted a penalty moments before half time. Goals from Bunn, Cowley and a brace from substitute Luke Shorthouse reflected a rampant second half performance for the Rouslers writes Ben Fox.

Sporting started the better of the two sides and went close as fan favourite Aaron Roberts glanced his header wide from a corner. In-form Jason Cowley looked destined to find the net as Reece Hewitt pulled the ball back for him, but the striker saw his header strafe over the bar with the net at his mercy.

Unlike recent teams visiting the Victoria Ground, Heather opted to try and play football. The in particularly lively Michael Gyasi keeping the Sporting defence on their toes. Just before the half time whistle, Hewitt was deemed as fouled in the box by referee Mr Wainman and Cowley lashed home from the spot to give Bromsgrove a 1-0 lead.

After the break, Heather had a short spell where they pushed forward but didn’t quite manage to have a shot on goal. Mitchell Woodbine was stopped in his tracks by Daniel Morris as he looked to get into a 1 on 1 position with Jon Brown in the Sporting goal.

On the hour mark Bunn found himself only having Heather keeper’ Ben Allsop to beat, but an excellent save from the captain kept the score at only 1-0. 13 minutes later and substitute Luke Shorthouse found himself in a position that he was dreaming of. The ball presented itself perfectly to him 6 yards out and he made no mistake slamming the ball home to send the Shed End into applause for him breaking his duck.

Cowley added a third on 76 minutes as he sent a low-drilled drive into the far corner after Jack Wilson’s run got the Rouslers up into the final third. Bromsgrove, as in recent games really got into the driving seat in the final 20 minutes, and after 80 mins Bunn leathered the ball into the roof of the net to give Sporting a fourth.

The rampage continued moments later when Shorthouse again, filled with confidence, completed his 1 on 1 opportunity perfectly and tucked the ball into the net as he fired past Allsop.

Another game chalked off for Bromsgrove as they extended their unbeaten run in the league and another three points on offer with the visit of relegation battlers Pelsall Villa on Saturday.