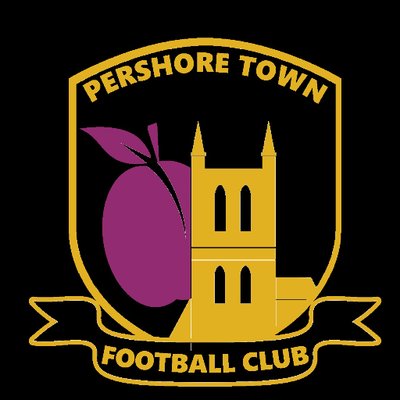 Having won the title two days earlier, Sporting had the luxury of not having to play under as much pressure but managed a win against a useful Pershore side writes Phil Baker.

Before the match players, officials and fans of the home side generously applauded their opponents for their success as they took to the field.

Veteran Neil Leech played in goal for Sporting, as Jon Brown had to return to Kidderminster Harriers and with Chris Jay still out with a long-term injury.

Pershore also had an issue with ‘keepers as theirs sustained an injury in the warm-up so manager and former Rover Quentin Townsend had to go between the sticks for the first few minutes whilst a replacement in the form of Andy Yarnold arrived.

However the difficulty did not cause them any problems as they looked to be the more determined from the outset with Dane Aldington firing a half-volley over the bar on the fifth minute.

Both sides continued to carve out chances but a combination good defending and poor finishing kept the scoreline blank.

Then with half-time looming, Sporting gained a corner which was taken by Chris Lloyd who curled a precise ball into the goal area at the feet of Jason Cowley who had the easiest of tap-ins to give his side the lead.

However there was still enough of the session left for Steven Roche to test Leech with a daisy-cutter that the ‘keeper spilt for a corner and for Steve Webb to blast another attempt over the bar.

After the interval Pershore continued to press forward with Tunde Ajibade having a shot scrambled of the line. However Sporting doubled their lead on the 61st minute when Aaron Roberts sent a long ball up-field to Cowley who passed out wide to Chris Lloyd. Lloyd then sidestepped one defender before firing home a low shot.

That strike allowed Sporting to defend a little more and retain possession that cut down the chances for both sides but there was still enough left in the tank for The Rouslers to get a third on the 77th minute. Luke Edwards threaded a neat pass through the Pershore midfield to Robbie Bunn who beat two defenders before unleashing a low angled drive past Yarnold for his 10th of the season.

Pershore did attempt to reduce the score line and their best chance went to substitute Harrison Barrett but he fired over the bar.

So Sporting continue to seek their second objective of going the league season without losing. There was not much doubt that they would gain a result today but Pershore will be disappointed, as the scoreline does not reflect a decent performance by them.