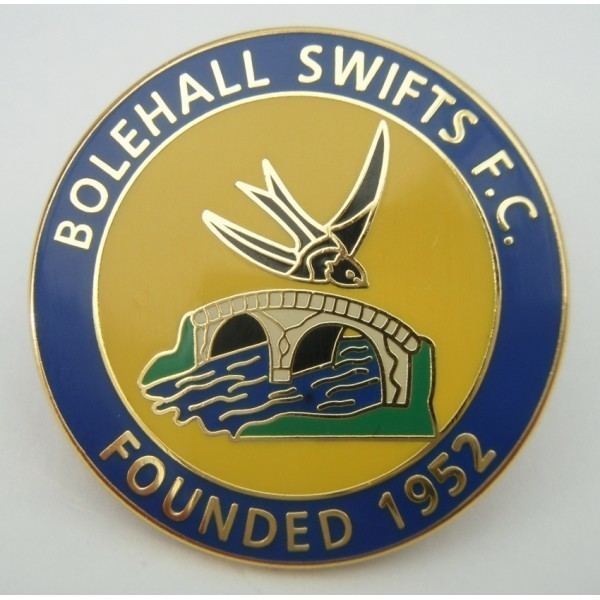 The game started slowly with Bromsgrove being marginally the better side. Chris Lloyd looked to have been fouled in the area on the 16th minute but the referee gave a free-kick on the edge of the penalty box, much to the frustration of the large majority of the 433 Tuesday night crowd. On the 20-minute mark Keenen Meakin-Richards found himself in on goal after a fine through ball, but the central midfielder could only fire straight at Swifts’ keeper’ Matt Hill.

This inspired a flurry of attacks from the Rouslers, with Liam Spink firing over and Lloyd striking the bar with a thunderous half-volley that was ever so close to nestling in the top left corner. Trickery from Aaron Roberts just before half time set himself up for a cross, which Bolehall defender Gregg Webb was lucky to put the ball out for a corner, instead of planting his block into the net.

Bromsgrove began brightly in the second half, drawing two good saves out of Hill in the Swifts’ goal. Sporting should’ve taken the lead on 51 minutes when the ball fell kindly to Ahmed Ali in the box, but he could only fire well over the bar.

Paul Smith substituted on the duo of Jason Cowley and Luke Shorthouse on the hour mark, who had been saved for the visit of Cleethorpes Town on Saturday, to try and turn the game in Sporting’s favour. Unfortunately for the Rouslers, an excellent through ball presented Michael Bloore with the visitors’ best chance of the game when he only had Jon Brown to beat but he blazed his effort well over the bar. Moments later Thomas Starkey got free in the box from a corner and headed marginally over.

Bromsgrove got back into gear as a sweet connected strike from Meakin-Richards hit the bar leaving Hill stranded. It took up to the 90th minute for Sporting to break the deadlock as substitute Shorthouse made a delightful cross for Cowley who rifled into the roof of the net to send the ‘Shed End’ into utter delirium.

Stoppage time saw a deft ball from Spink meet the feet of the skilful Reece Hewitt who calmly rounded the onrushing Hill to slot into an empty net. The momentum carried through to the final whistle as Cowley charged down a casual Matt Hill, to present himself an easy second of the game and Bromsgrove’s third.

Sporting were well worth the win overall, but the scoreline doesn’t reflect Bolehall’s performance who almost nicked a point with only minutes to go.