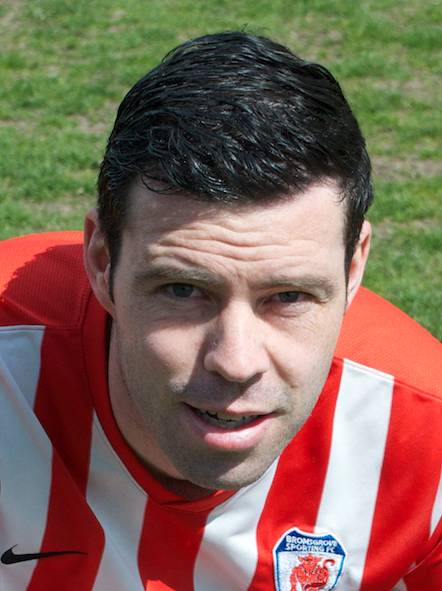 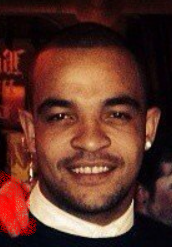 There was not much dissent from the Bromsgrove supporters at the end of this match, that it was the best performance of the season. Importantly since the first win at Gornal just over two weeks ago, the Rouslers have recorded four successive wins and showing improvements each time.

Josh McKenzie was the big hero netting twice and regularly getting into good positions though it was Reece Hewitt who opened the scoring for the home side on the 9th minute. A well-placed Sam Wills pass sent the midfielder down the left touchline then goalwards and just as the Littleton defence were expecting a cross he unleashed a powerful low, angled drive that went in just past keeper Hadyn Whitcombe's right arm.

Littleton equalised just 5 minutes later with a free kick that Will Gayton took from 25 yards out. Sporting keeper Brendon Bunn looked to have the shot covered but he failed to grab the ball cleanly and ended up fumbling it into the corner of his own net.

The remainder of the half was a little flat with both teams cancelling each other out in midfield though Hewitt nearly scored an identical goal to that earlier but this time Whitcombe was alert to the danger. At the other end, Bunn made amends for his earlier error by making a good save from Sean Cook.

After the interval Littleton looked the stronger outfit forcing Rouslers captain Brendan Kelly into a heavy tackle early on for which he was probably grateful to get just a yellow card. Then on the 58th minute the visitors should have taken the lead when a poor clearance was hit back by Doug Wallace only for his shot to hit the right hand angle.

That incident looked to have shaken Sporting who now knew they had to up their game and that is exactly what they did. Two minutes later Josh McKenzie's header was saved low by Whitcombe. Had the lanky striker managed to get a bit more power to his effort then Whitcombe would not have been so fortunate.

Then on 65 minutes the Littleton defence had one of those nightmare moments when central defender Andy Shepherd tried to back head an upfield lob to his keeper only to deflect it into the path of McKenzie with only the keeper to beat. Whitcombe did well to force the striker wide but McKenzie managed to dummy the keeper and place a low shot into the Littleton net.

A few minutes later McKenzie had another good effort saved from 20 yards as did substitute Jon Myrie from a similar distance. But McKenzie can consider himself unlucky on 75 minutes when another effort beat Whitcombe only to hit the right hand post.

However he finally made it on to the score sheet a second time with only moments remaining. Craig Jones hit a long-range free-kick in to the opposition box that McKenzie controlled well and hit home from ten yards out.

So a good win for Sporting against a very useful Littleton side. They are now up to 4th place in the league and undefeated this season. However a tough match awaits them on Saturday when Hinckley are the visitors in an FA Cup tie with the reward a mouth-watering home match against Redditch United.