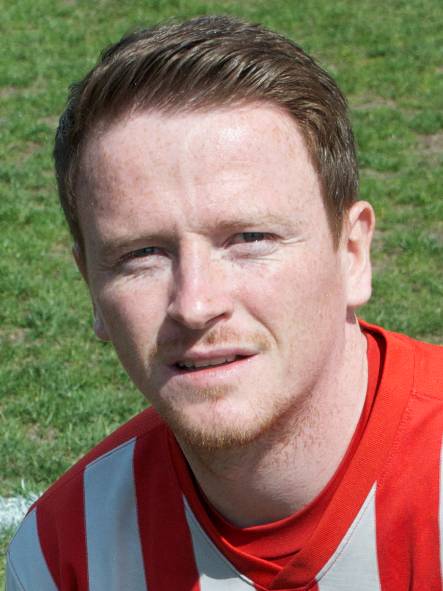 A brace from Jason Cowley helped steer Bromsgrove Sporting to a 3-1 victory over Lichfield City in the FA Vase on Sunday afternoon.

A bumper crowd of 747 were treated to a superb header from Reece Hewitt to open the scoring for Sporting on seven minutes before Cowley smoothly struck home to double the lead just shy of the half hour mark.

Cowleys second and the Rouslers third came twelve minutes from time, when his low drive bounced awkwardly in front of the Lichfield keeper, flying over him and into the goal.

The visitors grabbed a consolation goal late on when substitute Liam Holt bulleted home a crisp volley but it was to be Paul Smiths men who would progress to the 3rd round, thanks largely to a magnificent first half display.

Sporting began the game alertly, certainly more so than their abject start to the Atherstone fixture eight days previous and they got the opener when Will Tibbetts delicious cross was met by a leaping Hewitt, who guided his header beautifully into the goal.

Bromsgrove continued to dominate proceedings and almost had their second soon after, as Lichfield keeper Amrick Virdee blocked an effort from Sam Wills in a one on one situation, with Tom Craine putting a rebound wide.

Tibbetts continued in fine form following his awesome Atherstone display and another trademark cross on the 21st minute found the head of Craine, whose effort crawled just wide of the post.

The second eventually came 29 minutes in, as Craines neat layoff found Cowley, who neatly placed the ball into the bottom corner from just inside the area.

It was almost three for Sporting two minutes later, as Wills pass found Robbie Bunn, who fired a fierce shot just wide of the mark.

The pressure from the home side continued and Tibbetts had a couple of chances to get on the scoresheet. He had a thunderbolt from 20 yards superbly saved by Virdee before blazing over from inside the box a few minutes later.

Lichfield’s best opportunity of the first half came two minutes from the interval, as Luke Chapman’s effort from distance flew just over the bar.

The beginning of the second half saw Sporting continue to dictate the play, with Tibbetts yet again involved, this time with a shot from 25 yards out that was well blocked by Virdee.

Another chance came to Lichfield, just after the hour mark, as a Chapman free kick managed to find its way into the box and to the feet of Ben Lund, who could only find Sporting stopper Chris Jay with his effort.

Bromsgrove were soon on the offensive again though, with Craine finding himself some space before clattering the crossbar with his shot from the area.

Despite the two goal advantage, the game was far from won at this point and Lichfield were definitely hunting for that all important goal.

Richard Deavall put a sumptuous ball across the six yard box but Daniel Griffiths spurned a gilt-edged chance before Deavall had a chance of his own to notch up a goal, only finding Jay in between the sticks too good.

Sportings third came 12 minutes from home, as Cowley struck a low drive at keeper Virdee, who was inconvenienced by the bounce of the ball right in front of him and could only hear the cheers of the Shed End faithful as the net bulged for the frontman’s second.

Cowley nearly bagged a hat trick but he fell just short, as his venomous shot from 20 yards pinged the woodwork once again.

By the time substitute Holt converted a well-taken volley on the 84th minute for Lichfield, the game was all but gone. Sporting simply wound down the clock and eased to a victory which sees them reach the third round proper for only the second time in their short career, the first being two years ago.