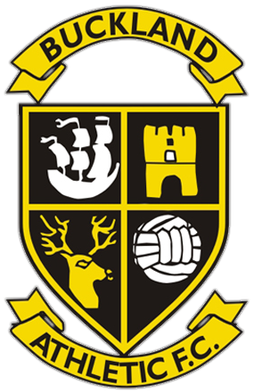 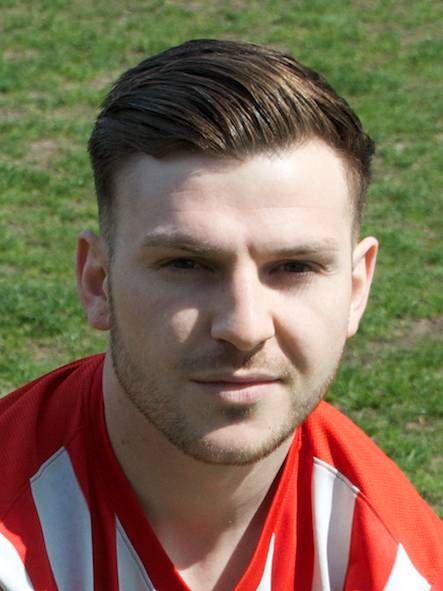 In front of a record crowd of 2984, Bromsgrove Sporting’s incredible FA Vase run continued on Sunday afternoon, as they stormed into the semi finals with a 2-0 win over Buckland Athletic.

The Devon based outfit had two golden chances in the first half but Simon Laughton’s towering header was ruled out for offside before Lloyd Gardner saw his penalty saved expertly by debutant Nathan Vaughan.

However, a dominant second half display from the home side would see Sporting clinch this historic win, with Liam Spink bagging a spotkick for the third game running and substitute Chris Lloyd slotting in from a narrow angle.

The last 15 minutes after the Rouslers’ second saw them dictate proceedings, with Lloyd and Jason Cowley having opportunities to extend the lead further but it wouldn’t matter, as Paul Smith’s men soared to glory, much to the delight of a euphoric home support.

The opening stages were somewhat end to end, without either team creating any chance of note, the best being a deflected shot wide from Sporting’s Robbie Bunn.

Events threatened to go downhill pretty early on for Bromsgrove though, as Buckland looked as though they were going to take the lead on numerous occasions in a hectic five minute period

Firstly, Danny Griffith’s free kick was headed into the net confidently by Laughton but was chalked off for offside in the 15th minute, which was followed by Aaron Roberts bringing down Richard Groves inside the area, with referee Samuel Allison having no choice but to point to the spot.

Up stepped Gardner, who hit it low to Vaughan’s left but the former Worcester City stopper dynamically dived down and gratefully grasped the loose ball to keep the scores level.

A rather shell-shocked Sporting didn’t really get into the first half but importantly prevented Buckland from scoring, with Bunn having another shot deflected wide of the mark being Bromsgrove’s best chance from an offensive point of view during the remainder of the half.

The introduction of Lloyd at half time changed the game dramatically, as Smith set up his team in a 4-3-3 formation, allowing Cowley and Reece Hewitt to come into the game more.

Just a minute into the half, Lloyd attempted to set Cowley up in the box but he narrowly failed to reach the ball.

Sporting began to get a firm grasp on the game and for the first time, they were emerging as the game’s most threatening side.

The breakthrough came an hour in, as a menacing Hewitt run up the left wing resulted in him being fouled in the area by a desperate Grant Fisher in between the sticks.

Up stepped the prolific penalty taker Spink, who became the coolest man inside the Victoria Ground as he effortless caressed the ball into the keeper’s bottom left corner.

Cowley and Lloyd were both creating chances galore, with the latter setting up the former with a shot that he couldn’t convert before Sporting’s top scorer this season Cowley had a firm effort saved by the feet of Fisher and Lloyd having the rebound blocked.

Lloyd also worked well with Roberts, the two playing some impressive passing football up the right wing, which allowed Roberts to whip in a sumptuous cross to Bunn, whose sweetly struck volley slammed the crossbar and flew over the Shed End; a Shed End that would have lost its roof had the central midfielder’s thunderbolt found the net.

The chances continued to come for Sporting, with Hewitt having a 20 yard effort tentatively tipped over the bar by Fisher.

The second would eventually come 74 minutes in, as Lloyd exquisitely made space for himself in the area, resulting in him slotting home into the bottom corner delicately with little of the goal to aim at, cueing scenes of pandemonium from the Shed End faithful.

Lloyd should have made it three with a little over five minutes remaining, as the resilient Cowley set him up with an inviting one-on-one that he could only put wide of the goal.

Cowley himself had more chances to notch up a goal in his sixth successive FA Vase game but it wasn’t to be for him, as a 30 yard lobbed effort flew over the bar and an additional time shot with just Fisher to beat could only find the Buckland stopper.

The final whistle soon blew to scenes of adulation, celebration and jubilation for the Sporting squad, management and fans, who were in fine voice all afternoon. A truly momentous day that will live long in the memory of those who were there.