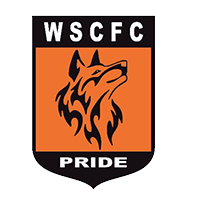 Formerly known as Chubb Sports F.C we lost our home club and pitches due to the Chubb lock and safe factory closing down and being sold for housing.
Our new name of HeathTown Rangers was chosen by the existing players who also designed the clubs badge in 2001.

In the 2007-2008 season we entered our reserve team into Division 2 and our first team gained promotion from Division 1 into the Premiership and also won the Staffs Challenge Cup. In our first season in the premier division of the West Midland Regional League 2008-2009 we finished 8th and reached the final of the league cup which was postponed much to our disappointment.

In the 2012-2013 season after losing there opening 10 games due to the management team leaving after one game Mark Hopson introduced Paul Harrison & Roberto Gocan to assist him with the managing of the first team squad and after the poor start Mark, Paul & Roberto stabalised the squad which saw them go on a fantastic run of form leading them to a 10th placed finish in the West Midland Regional Premier League which is our highest finish since 2008-2009.

For the forth coming 2014/2015 season the committee decided on forming our U18’s & Reserved side together into 1 team to Form our new U21 side that will be competing in the Staffordshire County Senior League Division 2 South which Martyn Bottomer will oversee the U21 development.

In May 2014 Sporting have finally found their own home after years of searching moving to the Old Great Wyrley FC ground on Hazel Lane. Work has begun to develop the ground so that it can be graded for step 5 football and so the club can start to get the local community of Great Wyrley involved in the club.

In July 2014 Mark Hopson & Paul Harrison decided to step down from their managerial roles to focus on the development on the new ground and appointed Jason Lanns & Scott Prime as 1st team manager & assistant manager. After a brief spell in charge Jason Lanns & Scott Prime decided to step down from their roles in September 2014. In October 2014 Sporting appointed Mike Pitt, Ian Guy as the new management team and will also be joined by current 1st team coach John Sturmey. During December of 2014 after a serious illness to Mike Pitt, Mark Hopson quickly appointed Andy Paddock as Joint 1st team manager. After a disastrous 1st half of the season which saw the club rooted to the bottom of the league the Appointment of Paddock brought stability to club and team which saw them go on a fantastic run to steer clear of Relegation and finish 16th.

During the 2015-2016 Season Sporting saw their FA Vase campaign fall at the first hurdle at home to Hinckley AFC in September. But following the FA Vase exit Sporting went from strength to strength as Paddock guided Sporting to their highest ever position in the West Midland Regional Premier League finishing in 4th place amassing a total of 77 points and scoring an incredible 130 League goals which saw the club automatically qualify for The FA Cup for the 2016-2017 season for the 1st time in our history. Sporting also reached the League cup final for the 2nd time in their history as they overcame Bromyard Town, Pegasus & Cradley Town in the previous rounds to seal a final date with Smethwick Rangers, However after playing 10 games in 22 days the lads looked physically drained and Smethwick claimed the trophy with a 1-0 victory stopping Sporting from scoring for the First time in 39 games. Sporting also reached the prestigious J W Hunt Cup Final at Molineux Stadium on May 27th 2016 against Sporting Khalsa who play a league higher in the Midland Football League Premier Division and despite taking the lead twice through Josh Sarmento & Daniel Westwood, Sportings hearts were broken as Dave Meese’s 88th minute strike secured the J W Hunt Cup for Sporting Khalsa with a narrow 3-2 victory.