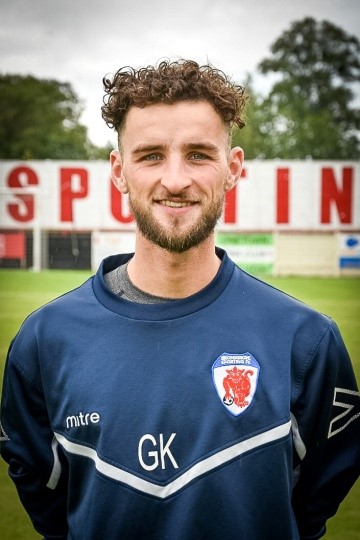 Former Sporting striker Kyle Perry gave Alvechurch the lead with a header, before Mikey Taylor levelled proceedings just before the half time whistle.

Richard Gregory gave the visitors the lead three minutes into the second half, which was followed by an emphatic Josh Quaynor strike and a Gregory penalty, ensuring all the points would head back to Bromsgrove.

Alvechurch came out the blocks sharply and grabbed the lead seven minutes in, as a quality free kick into the area by Kieran Cook was headed into the bottom corner by Perry.

Sporting grew into the half as time passed, having plenty of half chances before the equaliser - Nathan Hayward found Taylor in the box with a pinpoint pass that the Sporting striker poked under keeper Joseph Slinn.

The second half was dominated by Bromsgrove and they duly took the lead in the 48th minute, as a Jack Wilson cross was headed down by Mikey Taylor inside the box, allowing Gregory to take a couple of touches before slotting the ball hard and low into the net.

The home team were reduced to 10 men on the hour mark, as another ex-Sporting player, Joe Hull, was given a second yellow card after a rash challenge on substitutes Bromsgrove stopper Max Beardmore.

Following that, it was all one way traffic; the 75th minute saw Quaynor rifle home a sensational 30 yard, left footed effort into the top corner and five minutes later, Gregory sent Slinn the wrong way with a spotkick, awarded for Quaynor being brought down in the box.