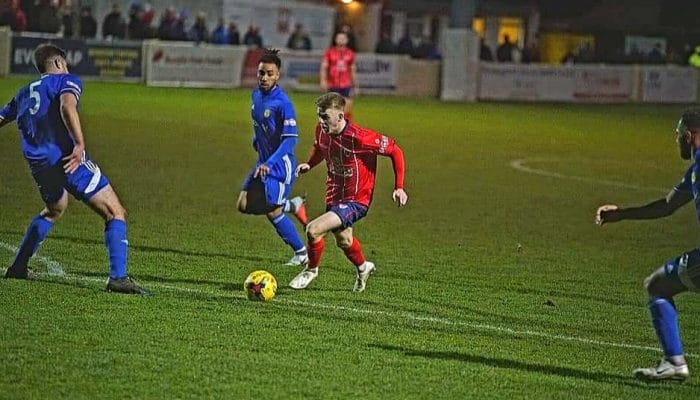 In a brand new feature, we look back at some of Bromsgrove Sporting’s most famous goals and get the insight from the people who scored them. First up, it’s Will Shorrock’s injury time winner in our pulsating, 4-3 league win over Peterborough Sports in December 2018.

8th December 2018. Second placed Bromsgrove had a 100% home league record heading into the match, winning six from six. League leaders Peterborough Sports were chasing eighth consecutive league win, having recently beaten the impressive Corby Town and Bedford Town. The most recent of those seven successes was a 7-0 dismantling of AFC Dunstable.

“I remember the game versus Peterborough quite well – it’s one of my best memories in a Sporting shirt. All the lads knew it was a massive game, given it was a top of the table clash 1st vs 2nd,” Will said.

Charlie Dowd gave Sporting an early lead, before goals from Lewis Hilliard and Dion Sembie-Ferris gave the visitors the lead on 25 minutes. Jason Cowley equalised on the half hour mark, which was followed by a Richard Gregory penalty on the stroke of half time, after Shorrock was fouled in the area (picture below).

“The game was end to end and full of goals – a proper highlight for non league footy. At 3-3, the game could have gone either way going into the final few minutes,” Will remembered.

Just as the match was looking as though it would end in a draw, a well-worked Sporting team move would result in Victoria Ground pandemonium, as Will recalled.

“I remember getting the ball on the left wing in our half and Jacko (Jack Wilson) was overlapping. I passed it to him and he played the ball to Quaynor (Josh) and I could see the move developing.

“Quaynor flicked it on to me and I saw the top corner, but their centre half was charging out to me, so I chopped him and got it back onto my right and just lifted it over the keeper.

“The crowd reaction and the players reaction are one I’ll never forget. It was a quality team goal and couldn’t have come at a better time in the last few seconds.

“It was truly a great memory of mine and we all can’t wait for the team to be playing back in front of the Shed. For now, I just hope everyone is staying safe!”

A pivotal goal in a monumental game in the course of our 2018/19 season, which would eventually see us clinch promotional via the play-offs! 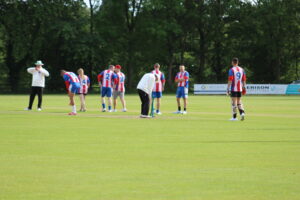 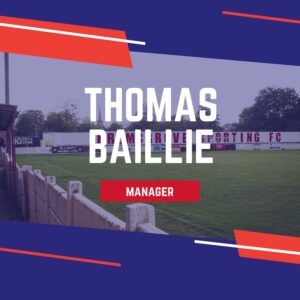