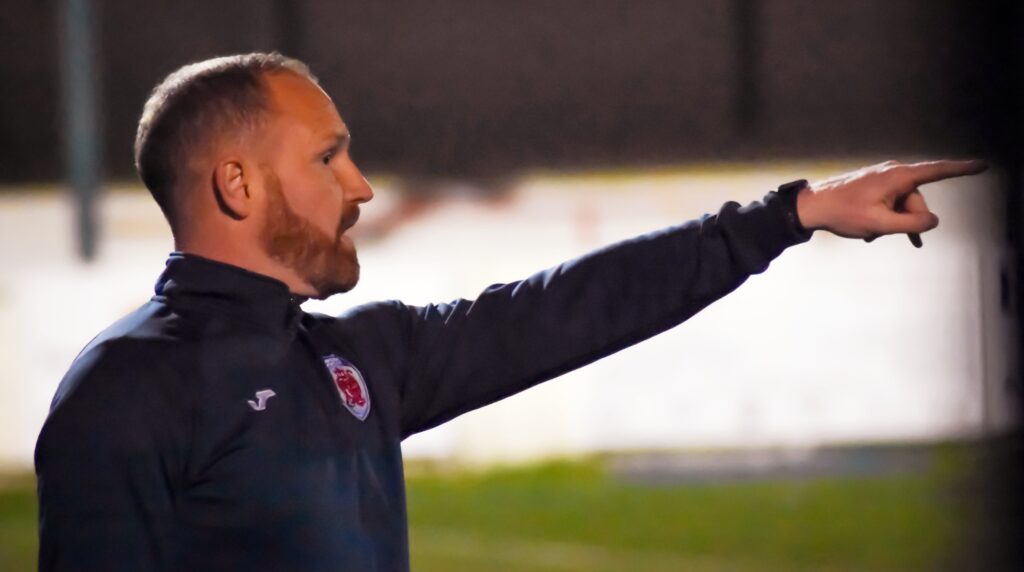 Ahead of our Pitching In Southern League Premier Central match, at home to Stourbridge (Monday 27th December – 3:00 KO), manager Gavin Hurren has previewed the fixture, as well as reflecting on our match versus Hednesford, a thank you to the fans and injury updates.

“Regarding Hednesford last time out, I felt first that in the first half, in those conditions, we weren’t quite at it. But, the lads came out in the second half and gave a really, good solid performance and I think we deserved the three points.

“Unfortunately, we conceded two penalties, which was hard to take, but there are massive positives in the steps the team are taking at the minute. We were in control and I was immensely proud with how everybody performed – even players who were injured but were there supporting. Everything, collectively, made me immensely proud – especially with how the lads played in those conditions.

“Onto Stourbridge – on one hand, it is just another game but on the other, it is a local derby, with both sets of players knowing each other well.

“I just feel that each game we play is a massive game for us. But we’re going to be setting up right. We’ve worked hard in training and, I believe, if we stick to our gameplan and apply ourselves in the way we have been, we will hopefully come out with a positive result.

“In terms of injuries, Miro (Pais) is still a few weeks away from being able to be involved in the squad but he’s working really hard.

“Connor Taylor and Charlie Wise, who failed fitness tests at Hednesford, will have a fitness test before Stourbridge, so fingers crossed they’ll be okay to be involved.

“Joel Kettle is still away with family commitments, but we’re really looking forward to him coming back.

“It was fantastic to see all the kids at the Meet Santa event. I went to the event with my staff and players, meeting people there. It was really nice to see the amount of people there and it was lovely to get around the children and the parents, signing balls and shirts. It was great to see smiles on the kids faces.

“The food was really nice and the event was brilliantly organised. Credit goes to Julie (Harrison-Cornes, hospitality manager) and her team for that. It went down really well!

“Lastly, I just want to offer my thanks. Ever since I came through the door, I’ve had full support from the board, the lads and the fans. Messages of encouragement from the fans and chatting with them – it’s just been a massive thing for myself personally.

“Those fans who have travelled home and away, who have sang and supported the team – it’s much appreciated and, away at Hednesford, with the numbers we took and with how loud they were, it really gave us that push.

“It was nice to see everybody singing and clapping at the end. Celebrating together as one. It’s just brilliant that the fans and team are enjoying these moments together.

“I’m really looking forward to hopefully seeing a big crowd versus Stourbridge, and then in the New Year at Stratford – it will be great to see people there too.

“Merry Christmas to all – I hope you all have a lovely time with your friends and family. I hope to see you all on the 27th!”