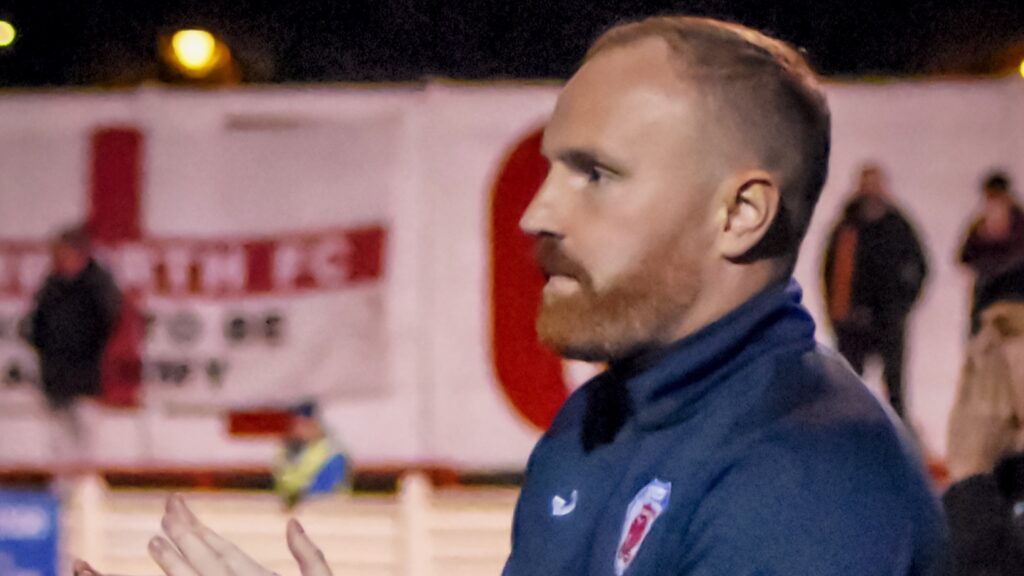 Ahead of Saturday’s Pitching In Southern League Premier Central match, away to Hednesford Town (3:00 KO), manager Gavin Hurren has previewed the fixture, as well as reflecting on Monday’s match, providing some injury updates and news of a player going out on a dual registration deal…

“Starting with Redditch and I felt it was a really positive point and result, especially given it was a quick turnaround from Saturday to Monday.

“We were struggling with injuries, with Nath (Hayward) and Wisey (Charlie Wise) coming off and Jack Newell couldn’t start.

“The result showed the lads were willing to put their bodies on the line to try and play through it, which was a credit to the team. I was immensely proud of how they performed and applied themselves in what was a big, away derby. Redditch didn’t play Saturday either.

“Onto Hednesford, who are a very strong side. I know manager Keenen (Meakin-Richards), Deaks (Graham Deakin, assistant manager) and their board members well. It will be a tough, but enjoyable, day hopefully.

“They are strong at home and they like to play, but if we stick to the gameplan that we’ve worked on and play as we have been, then I really believe we’ll come away with a positive result.

“We’ve had a couple of the lads coming back from injury who need games, so Liam Spink has gone on a dual registration to Boldmere St. Michaels for a few games and Jake Bloomer is at Studley, as I’ve previously mentioned.

“It was nice to see Shozza (Will Shorrock) get some more minutes and I think he’s still a few weeks away regarding getting to his top level. Nath (Hayward) is feeling a lot better, so hopefully he’ll be involved ready for Saturday, with the same applying for Charlie Wise.

“Miro (Pais) has now stepped up his training with the medical team. He’s training well and whilst he’s still a few weeks away from being involved competitively, he’s looking stronger and strong each week. It’s positive that he will be back soon.

“Collectively as a team, we’ve been outstanding. It’s nice to see Tommy Taylor back, coming on and having a good second half against Redditch. I’m looking forward to seeing him play more for the team.

“I’ve been saying this since as soon as I came, but the fans have played a massive part as to why we’re having a bit of success on the field. It’s really nice to see the support and the positive messages. It means a lot.

“Hednesford is another all-Midlands clash, then there’s Stourbridge at home on 27th December and Stratford away on the New Year’s Day. Big local games, coming thick and fast. It will be great to see big numbers there cheering us on and supporting us.

“Finally, I wish everybody and their families a Merry Christmas. I hope everybody has a nice and safe time both at home and watching Sporting!”