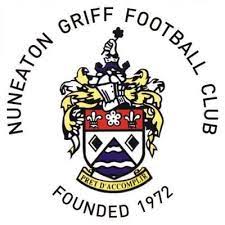 The club was originally founded in 1972 as Nuneaton Amateurs when a dispute at the well-known Co-op Sports F.C. lead to many members moving to the Nuneaton Griff and Coton Miners Welfare Ground. Nine players and officials paid £1 each to start the new club and former Rugby Town, Lockheed Leamington and Bedworth Town player Colin Wetton became the first manager with Colin Rathbone as Chairman and Derek Brown, Treasurer.

Defeating Jet Blades 2-1 away in their first-ever game, the Amateurs were denied a championship success in their first season when opponents did not turn up for a late-season replayed game and the Coventry and North Warwickshire League decided there was not time to fit in another match. In the Birmingham Junior Cup there were two notable scalps as Kingswinford and Solihull Borough were defeated and the Amateurs finished a fine season by annexing the Coventry Telegraph Cup.

The club was accepted into the Coventry and Alliance Suburban League Premier Two and a another superb season saw them promoted into the top Division where they more than held their own and Derek Brown gained representative honours for the League side. May 1975 saw the end of the Colin Wetton era but the now Nuneaton Griff went on to gain many honours until there followed a bleak spell of fortune leading to relegation. During the mid 1980s the present Chairman, John Gore took charge of team affairs. He was successful in arresting the slide and turning Griff into a powerful Coventry Alliance outfit. On retiring in 1996 he made the best decision in the club's history, persuading the then 34 year-old Mark Green to come out of retirement.

Green totally transformed the club as Nuneaton Griff FC swept all before them in the Coventry Alliance, just as he had done previously with his former club Arley WMC FC. In 1998-99 the decision was made to apply for membership of the Midland Football Combination.

The club was placed controversially in the Premier Division but the Heartlanders, under manager Mark Green, repaid that faith by winning the Championship in their initial season and then made it a double the following season 2000/2001 and also added the Endsleigh Challenge Cup for good measure. In the process they made history by winning the latter at Villa Park and the following night annexing the Coventry Telegraph Cup at Highfield Road, Coventry to become the only club to play two finals on consecutive days on two different Premiership grounds and win both times.

Since then the club has consolidated in the Premier Division and enjoyed a period of growth on and off the field especially under the highly valuable reigns of Matthew Cook and Wayne Goss. For the start of the 2006/2007 season Paul Brassington arrived at the club to take charge of 1st team affairs. His first season in charge saw a good deal of change in the playing personnel and a further period of consolidation which resulted in a mid-table finish in the league.

For the 2007-08 season Steve Farmer replaced Paul Brassington as manager at the end of August and he appointed John Farmer and the experienced Billy Hollywood as his Assistants.

In 2007/08 season the club celebrated both its 35th anniversary and its debut in the F.A. Cup and finally secured the funding to upgrade the Pingles Stadium.

In 2010-2011 Griff finished as runners-up to Heather St John's and reached the final of the BCFA Midweek Cup and after almost four years in charge Steve Farmer moved to become manager of Bedworth United. Brother John stepped into his shoes as manager of Nuneaton Griff and in his first season reached two cup semi-finals and won the Team of the Month award for December. After finishing fourth in 2012-2013 and taking the team to their most successful F.A. Cup run, John Farmer stepped down and former Stockingford manager Paul Wilson was appointed in his place. In his first season Griff finished third in the League.
Paul Wilson was replaced by Charlie Reardon in January 2015. For the 2015-16 season Charlie appointed Petar Balac as Assistant Manager, Neil Hopkins as Coach and Nick Gilks as Goalkeeping Coach.