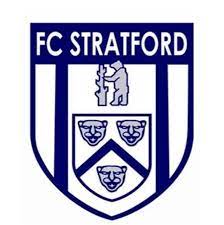 FC Stratford are based at the DCS Stadium, Knights Lane, Tiddington & currently play in Division 3 of the Midland Football League (MFL).

In 2014 the league merged with the Midland Football Alliance to form the new & current Midland Football League (MFL). The league restructure also led us to a team name change, to what it is today, FC Stratford.

The Midland Football League (MFL) is a semi-professional football league standing at levels 9-12 of the English football league system. It compromises of four divisons, Premier Division, Division One, Division Two & Division Three. In addition to the league competition the MFL organises a number of various cup competitions that includes the League Cup, Challenge Cup & the Presidents Cup, to name a few. All our home games are played on the main grass pitch at the impressive DCS Stadium & we train on the immaculate Third Generation (3G) Artificial Pitch, under the management of Peter Stephens.

FC Stratford have a strong relationship with STFC which has been an important part of the community for over 60 years. This is clearly demonstrated by the continuing support & development of football teams from grassroots right through to the senior team.