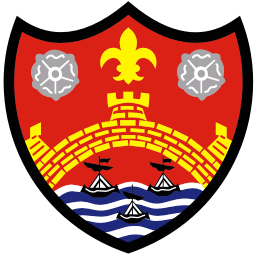 Cambridge City re-joined the Southern League in 2008/009 after an absence of five seasons. Previously, City had played there for 46 seasons from 1958/59 until a last day victory in 2003/04 confirmed the Club’s elevation to the newly formed Conference South Division.

City’s enforced demotion from Conference South at the end of 2007/08 was due to its ground failing an FA grading, rather than the team finishing in the relegation zone. This decision ended 22 consecutive seasons in the 2nd tier of non-league football and is only the 3rd relegation in the Club’s history. It was also scant reward for City spending time and resources taking High Court action to preserve the use of its ground. A judgement delivered in September 2007 found that City had been the victims of bribery and fraudulent misrepresentation in a deal done by outgoing directors to sell its Milton Road ground. The Court restored the Club’s previous lease, which ran until 2010, and its right to half of future development profits.

That City actually made it to their centenary year of 2008 and is an achievement for the Club and its supporters. In the dark days of early 2006, the previous Board announced plans to have City absorbed into Cambridge United. The plan was to sell Milton Road, scrap the first team and turn City’s youth team into a United feeder side. A fans’ campaign forced Directors to resign, to be replaced by members of the Cambridge City Supporters’ Trust. The new Board kept the club alive and discovered the evidence which led to the successful High Court action.

Early years
The club was formed in 1908 as Cambridge Town, winning several titles and cups in its early years. A rivalry developed with Ipswich Town during the 1920s and 1930s, with trouble on the pitch often spilling over to the terraces. Both clubs’ success in the Southern Amateur League prompted invitations to join the newly formed Eastern Counties League in 1935. Ipswich accepted, but the Cambridge Committee declined on account of their commitment to amateur football, so the two Towns went their separate ways. Cambridge Town moved on to the Spartan League whereas within three seasons Ipswich Town had been elected to the Football League. Cambridge moved on to the Spartan League, winning three league titles between 1945-50. When Cambridge was granted City status in 1951, Town and Eastern Counties League neighbours Abbey United both applied to change their name to Cambridge City. Town’s application was first to arrive at the Cambs FA and was accepted, leaving Abbey United to change their name to Cambridge United.

Southern League Champions
City finally left the amateur game in 1958 and joined the Southern League, gaining promotion in their first season at the expense of Cambridge United and going on to win the Premier Division in 1962/63, again edging out United in an enthralling title race. The absence of a pyramid system and automatic promotion put a lid on City’s ambitions. Nevertheless, City were regular challengers for the title and had the highest attendances in non-league football up until the mid-1960s.

But City lost their way and were relegated to Southern League Division 1 in 1967-68. Promotion back to the Premier Division followed in 1969/70, but this was the same season Cambridge United were elected to the Football League. City were left to reflect that, in 12 Southern League seasons together, they had finished above United in 8 of them. City went on to finish Southern League runners up in 1970/71,

Dreadful decade
The period from 1975-1985 was dreadful. Relegation in 1975/76 was followed by dwindling crowds and a Board decision in 1977 to return to amateur status by joining the Isthmian League. However, as in 2006, Directors were to find they could not ignore the views of City supporters. Protests forced out most of the Board and the club remained in the Southern League.

Better times
City improved and a new generation of fans mobbed their heroes after the 1985/86 Southern League South championship was won on the last day of the season. The goalscoring exploits of Gary Grogan were instrumental in City’s recovery, according him a ‘City Legend ‘status. City have reached the 1st round of the FA Cup five times and the 2nd round once since 1993 - this is a far better record than achieved by the more illustrious City sides of the 1960s. Manager Gary Roberts has stayed loyal to the club through its recent uncertainties and is now in his 7th season as manager. The enthusiastic fans of the ‘Shed’ made Milton Road one of the noisier grounds in Conference South.

The future
The High Court victory was a massive boost for the Club. Cambridge City now embark on its next 100 years as a club run by the fans, for the fans. Having gone through so much to keep City alive and kicking, we would not have it any other way.