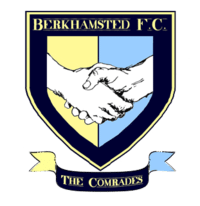 The club was formed in 2009 and won the Molten Spartan South Midlands League Division 2 title in its first season, losing only once each at home and away. Winning division 2 by 9 points led to promotion to division 1. The team were again champions in 2010-11, this time by 15 points and were unbeaten at home in the league. This earned a second successive promotion and movement up to the Premier division, where the club has stayed ever since. The total of 107 points was the highest in the season for any club in the non-league pyramid, prompting the Herts FA to award the club the prestigious Sir Stanley Rous Memorial Trophy. It is named after a former local referee and administrator who rose all the way from West Herts. football to the top job at FIFA.

2011 saw the club enter the FA Cup and FA Youth Cup for the first time. The FA Cup tie with St Albans City produced the club’s largest attendance to date: 351 at Clarence Park, before going out at Broadwater in the replay. In 2012 they went out to Metropolitan Police in the 2nd qualifying round of the FA Cup, having knocked out Hoddesdon Town, Hadley and Uxbridge. 2013 brought home wins over AFC Dunstable and Harefield United, but defeat at Daventry Town. In 2014 Ashford Town eliminated the club in the first match and in 2015 the Comrades won against Hanworth Villa but went out to Barton Rovers. Last season Berko went out to Cogenhoe United before the league season had started.

Two years ago Berkhamsted reached the last 16 of the FA Vase, going out 2-1 at home to the eventual winners Morpeth Town. They got there with six wins earning the club the Houghton Regis Trophy. There were four home wins over United Counties League sides: Woodford United, Northampton ON Chenecks, Northampton Spencer and AFC Kempston Rovers and a 3-2 win at Saffron Walden Town. That was followed by a 4-2 win at home to Hullbridge Sports, a side they lost to away after extra time in 2013. Last season they reached the last 32 by beating Hullbridge again and St Margaretsbury but went out at Hinckley AFC.

Berko have reached cup finals in each of the last five seasons. Last season they beat Tring Athletic 3-2 in the Herts Charity Shield final. They won their first cup in 2013 by also beating Tring Athletic at home in the St Marys Cup final. In 2015 they landed the Premier Division Cup, beating Colney Heath after a penalty shoot-out in the final. In 2014 they were on the wrong end of the shoot out to Ampthill Town in the final of the same competition. Two seasons ago Berko were runners up 4-3 to Welwyn Garden City in the final of the Challenge Trophy. 2014/15 featured their best run in the Herts. Senior Cup when they beat three fellow Premier division sides before going out in the semi- final 2-1 at home to Conference South side Hemel Hempstead Town.

The club nickname is the Comrades, after Berkhamsted Comrades which was the name of the football club formed in the town by servicemen returning from the First World War. It later changed its name to Berkhamsted Town, but that club folded for financial reasons in early 2009.

This season Berko for the first time have entered a development side in the APBS Spartan South Midlands Development division and also on Sunday mornings have an under 14 side in the Watford Friendly League. On Sunday afternoons the ground hosts ladies football.

Steve Bateman returned to Broadwater as manager during last season. He took Berkhamsted Town to the 2001 FA Vase final at Villa Park, where they finished as runners up to Taunton Town. In the semi-final a Broadwater record attendance of 1,732 was recorded for the win over Bedlington Terriers. Steve went on to manage Chesham United, Slough Town and Aylesbury. His playing career included spells with Everton, Harrow Borough and Chesham United.

He is assisted by Mick Vipond, who has over 50 years of football experience. Mick Vipond was in charge of the team from the club’s inception after he joined from Leverstock Green. He has also managed Hemel Hempstead (where he had a long playing career) and Tring Town.

Ross Blyth and Chloe Pearcy are young physios in their second season at the club.