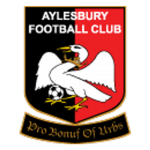 The club has enjoyed a long history in senior and junior football dating back to the 1930’s under the previous names of Aylesbury Vale, Haywood United, Belgrave, Stocklake and Negretti and Zambra FC, which was founded in the 1930’s by workers at the Negretti and Zambra company then based in London’s King Cross district. The company moved to the Stocklake Industrial Estate, Aylesbury.

In 1949 and by the mid 50’s the premises had a bar, football, cricket and tennis facilities. The football club joined the Aylesbury District League in 1954. The social club changed its name to Stocklake when Negretti and Zambra sold the premises to the local council, who then leased the facilities; hence the different sections adopted the name Stocklake. Under the guidance of Chairman Mr Ernie Crotty, the club gained many honours including runners up in ADL’s top divisions, before gaining intermediate status in the Wycombe and District League first and senior divisions. Sadly Ernie was killed in a road accident just before the club moved premises to the present location at Haywood Way in 1987.

After gaining senior status and promotion to the Chiltern League in 1988, Stocklake enjoyed many further successes including Division One runners up in 1991, Premier Division and League Cup runners up the following season and Wycombe Senior Cup success in 1995. Cup success was also followed on in the following season, this time the Berks and Bucks Intermediate Cup being added to the trophy cabinet. Belgrave FC was formed in 1983 by Jim Sullivan who lived in nearby Belgrave Road. Jim had two sons who were passionate about football but were limited to where they could play, so formed a team himself with the help of neighbours Lynne and David Hatcher. By 1990, under the guidance of Danny Martone, Belgrave had grown to five youth teams providing football for over ninety boys from the Quarrendon and Haydon Hill areas of Aylesbury.

1996 saw the forming of two senior teams under the Belgrave FC name and by the turn of the millennium teams were represented at all levels from Under 8’s through to seniors, some 200 players being registered, this also including Stocklake Ladies. In 2000 four youth teams won league and cup honours, whilst the senior team went on to win the Aylesbury District Cup, the Field Shield and ADL Premier Division runners up.

At the start of the 2000/2001 season, the senior Belgrave FC team was renamed Haywood United following an amalgamation with Stocklake FC with Danny Martone voted in as chairman of the new club. Haywood United joined the Spartan South Midlands League and won promotion into Division One after two seasons. Notable achievements during the 2001/2002 season included league awards for the best kept and most improved ground; this included the erection of floodlights and perimeter fencing, which Danny and his hard working committee fought hard to establish. Another award was gained for the match day programme in recognition of how much the club was developing.Season 2002/2003 saw a difficult start in Division One, but with the arrival of manager Jon Franklin and his assistant Keith Walker just after Christmas, the club eventually consolidated finishing in 9th place. Promotion was gained to the South Midlands Premier Division the following year after a campaign that saw 23 wins, 7 draws and only 4 losses. Haywood United proved themselves capable of staying in the Premier Division after finishing 3rd in the 2004/2005 season in a campaign that only include one loss in the twenty matches after Christmas. The club also entered the FA Cup and Vase for the first time and won the Buckingham Charity Cup in 2006.

Season 2006/2007 began with Haywood United becoming Aylesbury Vale FC and saw Keith Walker and Steve Gleinster take over as joint managers and steadily build a squad. This was recognised in the 2008/2009 season with a good cup run in the FA Cup and FA Vase, winning three rounds in the FA Cup losing to Level 4 side Gosport after a replay, and losing out in the 4th round of the FA Vase to Leiston Town. After Christmas the side suffered due to long term injuries and finished mid table. May 2009 saw a major new development in a new semi professional side
vote for a name change. Aylesbury Football Club was formed under the leadership of Chairman Roger Dance and assisted by Vice Chairman Danny Martone. Former Chairman Bill Harrison was made President of the club. Great success on the field of play was to follow, with the team having a fantastic run in the F.A. Cup. We were the last level five team in the country to remain in the competition and were rewarded with a visit to Haywood Way for the F.A. Cup trophy, allowing the team, supporters and local people to get their hands on this famous trophy and make the most of this memorable occasion. We were finally knocked out of the competition by Wealdstone in a close game. A brave and superb display was witnessed by a bumper crowd of 800 plus. Meanwhile, away from the midst of F.A. Cup drama, our success continued, becoming Double Winners Winning both the Spartan South Midland League and League Cup capping an extraordinary season and gaining promotion to the Southern League Division 1 Central.

Steve Bateman took over in 2013/14, steered the club to safety in his first 6 months in charge. Then in 2014/15 with Bateman at the helm FC has their most successful season to date most successful to date. Playing at the highest level in the clubs history, the team finished third in the League, having been pushing for promotion all season and narrowly lost out in the semi final to Bedworth United having already beaten them twice in the league

the 2015/16 finished with a flourish as the club finished just outside the play off positions, but had the consolation of our first major Cup Final, beating Chesham United in the Berks & Bucks Cup at Windsor. Steve Bateman and his management team resigned at the end of the season and Danny Gordon & Gareth Risbridger took the helm , supported by Paul Bonham , Ryan Wiffin & Aaron Norman. Davis Haule took over from Gordon & Risbridger in December 2016, appointed brother Brian as his assistant and recruited former coaches Fraser McLachlan, Aaron Wiffin and added Ryan Collings to his back room staff for the 2017/18 season

Aylesbury Football Club prides itself on clear ambitions: to progress to higher league football and to achieve higher league status with squads from local talent. The club hopes to continue to work with other local community groups and enhance the clubs facilities to benefit the people within Aylesbury