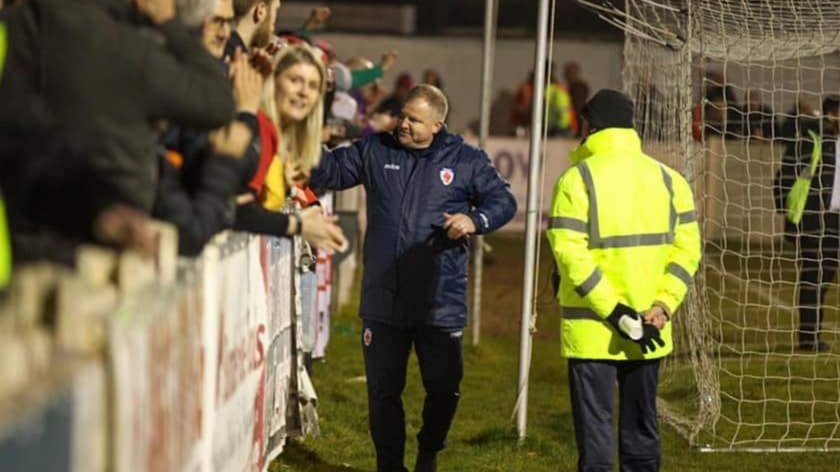 Bromsgrove Sporting’s assistant manager Andy Mason has chosen to step down from his role.

In a statement, Andy said the following…

“It’s with a heavy heart that I have decided to step down from my position as assistant manager at Bromsgrove Sporting with immediate effect.

“I have decided that the time is right for me to retire and make some changes.

“I have loved every minute at this great club and leave having played my part in its progression. Three promotions in my four years has been incredible to be part of.

“I wish Bren and the players success moving forward and all of you the very best in the future. I will be following the success of the club closely, as it will always have a place in my heart.

“Andy has been a huge part of the success of Sporting over the last few years; originally as coach and then becoming instrumental in the smooth transition to the new management set up, with him becoming assistant to Brendan.

“This ensured the continued progress on the pitch, at what could have been a vulnerable period for the club.

“But from a personal point of view, he also became a good friend, and although it is sad that he will no longer be part of the team, he will always be part of the club.

“I look forward to sitting along side him in the Thomas Jones stand, come matchdays (when we’re allowed!)

From everybody at Bromsgrove Sporting, we wish you all the best Andy, and thanks for everything!